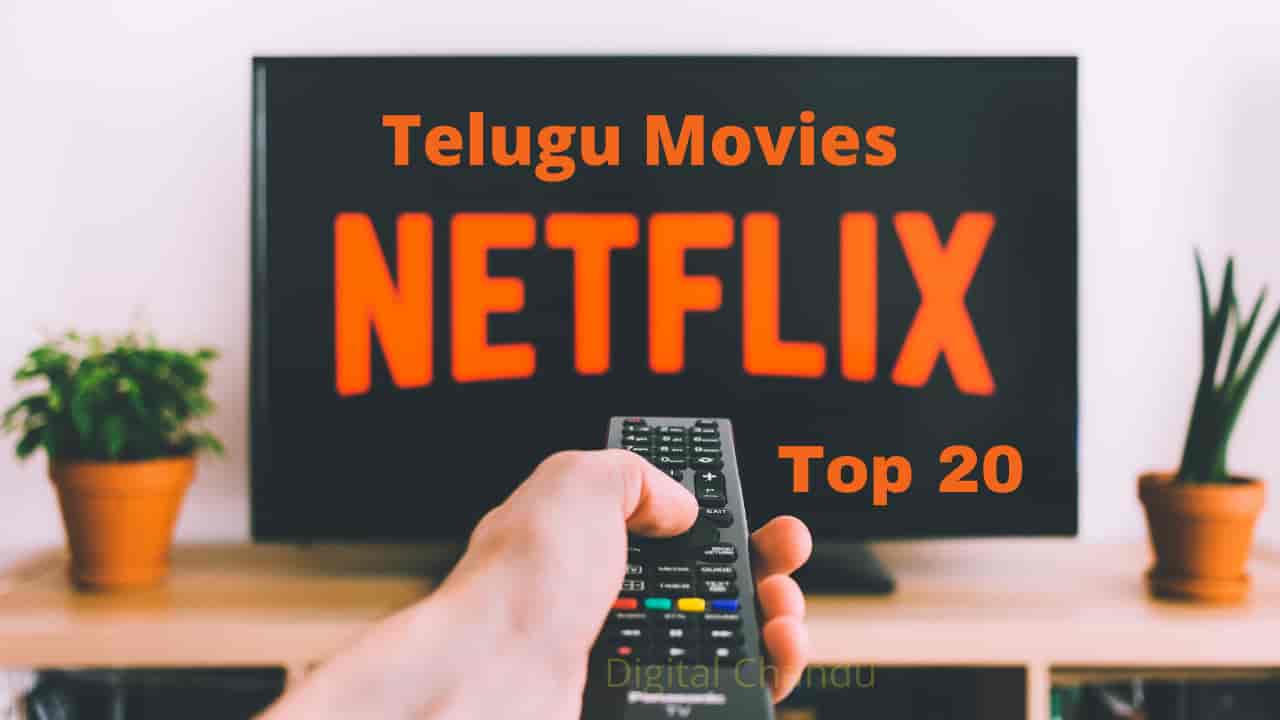 Wild Dog is an action-thriller movie that was inspired by a terrorist attack. Vijay Verma, a suspended NIA officer, is assigned a mission to track down the terrorists responsible for the bomb blasts in Gokul Chat (and Lumbini) Park. This movie shows how an officer crosses the border to Nepal to accomplish his mission. This movie is full of thrilling action and riveting scenes. The latest Netflix Telugu movie is Wild Dog.

Uppena is a romantic drama film about the love story between Aasi (a fisherman’s boy) and Sangeetha (a rich landlord’s girl). Their performance in their debut film is remarkable and the actors have a great chemistry. Uppena is a love story about two lovers who fight for each other, but its engaging execution makes it one of the most popular Telugu movies available on Netflix.

Krishna and Leela is a romantic comedy that depicts how a man is confused about his relationships. This movie perfectly shows today’s youth how they view a stable relationship. This film is a great mix of romance, on-screen performances, and BGM. A large portion of the audience may also notice the relatable story.

Uma Maheshwara Roopasya is an action-drama film with romance. Mahesh, a photographer, is dumped by his girlfriend. He fights with Jogi, and then falls in love with Jogi. This film is a remake from the Malayalam movie “Maheshinte Prathikaaram”, and it has exceeded all expectations.

Ala Vaikunthapurramuloo, an action comedy starring Allu Arjun, is the main lead. This film has a very unique concept and a very interesting story. Valmiki’s boss’s wife gave birth to his son at the same time, which is quite an interesting fact. He decides to have the baby swapped and takes care of his boss’s child. The movie is about his raising that child and how everyone learns the secret.

Evvarikee Chuppoddu is a romantic drama that tells a love story with many obstacles. It’s a love story about a normal couple that can’t be complete due to caste differences. It’s all about how they overcome obstacles and win over each other. Although it may seem a typical movie, the execution is so good that it will touch your heart. This is one of the best Telugu Movies available on Netflix.

Oh! Baby is a family drama film. It includes comedy in its entirety and an emotional component in a few parts. It’s a touching film that teaches family values. The story is about an elderly lady who is kicked out of her home by her family. She then dreams of becoming a young, beautiful woman. The film shows her new life, including the emotional finale that would make the audience cry.

Awe is a psychological thriller film that is based upon the lives of five people: Radha, Krish Siva, Meera and Kali. Although the five main actors do their best, the movie is still a huge asset. The twist at the end turns the audience into an unexpected surprise. This movie is among the top Telugu movies available on Netflix.

Mallesham is a biopic about real people with real emotions. The movie is inspired by the life of Mallesham, who fought to include Telangana on the Indian map. Priyadarshi, the main actor, gave a wonderful performance as Mallesham. This film makes a strong point.

World Famous Lover is a romantic drama that is based on Gautam’s story. Gautam is a struggling writer. Yamini is Gautam’s girlfriend. However, Gautam has been neglecting her and she ends their relationship. The movie tells the story of how Gautam learns from his mistakes and wins Yamini back her love. This movie is still a favorite on Netflix and is regarded as one of the most popular Telugu movies.

This movie centers on Kancherapalem, a village with many problems. The lives of the characters in this film seem to challenge the stereotypes about Indian love. This movie is one of the most interesting Telugu movies available on Netflix.

Bheeshma, a romantic comedy film featuring Nithin and Rashmika, is called “Bheeshma”. Bheeshma is a disorganized man who falls in love with an employee at a company called the Bheeshma Group of Organic Farming. The movie shows how Bheeshma is connected to the company and how he is suddenly appointed CEO.

Ee Nagaraniki Emaindi, a Telugu comedy film, is based solely on the precious moments that we share with our friends. This movie is a new genre of buddy comedy, which is rare in Tollywood. Although the movie does not seem to tell a story, the film’s focus on four friends and their moments has made it popular with younger viewers.

Neevevaro, a suspense drama film, is based on Kalyan’s story. He is blind but has a positive outlook. He falls in love with Pallavi, and helps her out of financial trouble. The twist comes when Kalyan regains sight and discovers that Pallavi is gone. This is the movie’s highlight, and it’s one of the best on Netflix.

Manu is a thriller-drama film that is inspired by the mystery surrounding Manu’s life. Nila attempts to seduce Manu, a talented painter. As the story continues, Manu assists an old man who is being manipulated by some goons. The suspense and twists that occur are slow-paced, but the audience is still surprised by the outcome.

Naa Bangaaru talli, a National Award Winning Film, is designed to highlight all of the social problems that are occurring around the world. Anjali Patil did a great job in performing the roles she was asked to and exposing the harsh truths and realities around us. The action-packed sequences give goosebumps and keep the audience on their toes.

Adhugo, a comedy-drama movie about Bunty the piglet, is called comedy-drama. The misplaced piglet accidentally finds a couple that lost their puppy. It is interesting to note that several gangs are searching for the piglet due to a mysterious reason. The movie’s chase scenes are so hilarious that everyone can’t stop laughing.

Wife Of Ram is a thriller psychological thriller movie that is based on a murder investigation. It has a surprising twist, making it one the most popular Telugu movies on Netflix. This film is directed by Vijay Yelakanti. He has made it an intriguing mystery movie that will keep you watching until the end.

Dorasani, a romantic drama film about love and relationships, focuses on the caste system in society and its effects on the lives of current generations. This is a love story about a couple that is affected by the caste system, and the society that gives more importance to it.

Anamika, a thriller film, is based on Anamika’s life. She is an NRI who travels to India to search for her husband. Her husband’s disappearance leads to an unanticipated mystery that threatens her life. This movie shows her solving the mystery and overcoming her problems.