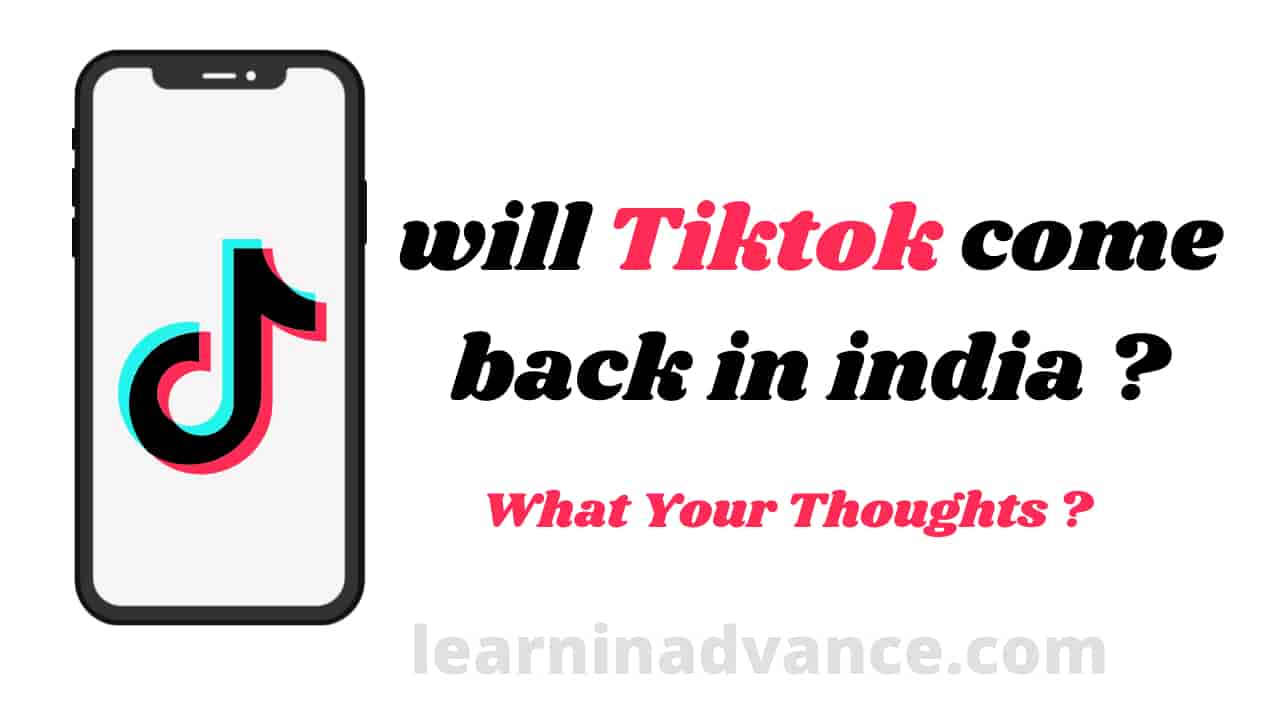 Will TikTok come back In India?

TikTok, one of India’s most popular video-making apps, may soon make a comeback. The Chinese short-video making app TikTok.

TikTok’s parent company ByteDance approached the IT ministry officials and PMO Officially and “confirmed that ByteDance will work” to comply with the new IT regulations. According to the report, TikTok had already appointed grievance and nodal officers long before the IT ministry order. It is now looking to work with Modi’s government (as in the case of the Biden administration) to examine security rather than banning it.

TikTok is trying to make a comeback here in India. Due to security concerns, the Indian government banned the Chinese short-video app in 2020. Since then TikTok has been unavailable for its users. The company now has a note to its users and fans. The app’s users were thanked for their support. It hopes to make a return soon. Recent reports have indicated that TikTok has reduced its workforce within India. After the Indian government declared that the ban was permanent, it is unlikely that the app will make a comeback anytime soon. Let’s have a look at the TikTok email to the fans.

When Will TikTok come back In India?

TikTok was one of the most used apps in India prior to its ban. In response to national and data security concerns, the government has banned 59 Chinese apps including TikTok’s video-making app. The app is not available to download from the Apple App Store, or the Google Play Store. Existing users with the app installed on their phones will not be able to use it.

The company wrote a note to its users and fans after nearly eight months of ban. The company thanked all its users for their support of the app. In an emotional note, the company stated:
“Dear TikTok India Team

We are grateful for your hard work, dedication, enthusiasm, innovation and humour. You made it possible to chase excellence every single day. We are grateful to you for being there for us every step of the way. We are one family because of your unwavering loyalty, love, and support. Our inspiration will always come from our people. Although we are a small team, we hope that we can relaunch TikTok India and help the millions of Indian users, storytellers and educators. Keep inspiring creativity and enriching lives wherever you go.

The ban is not expected to be lifted until the official announcement. The current situation suggests that the short video app will not be making a comeback anytime soon.